Nysa Devgan, daughter of Kajol and Ajay, is frequently seen hanging out with her friends. The star kid has returned to Mumbai and got together with her friends Janhvi Kapoor and Orhan Awatramani to party. The photos from their get-togteher have gone viral on the internet. While Nysa can be seen sporting a blue top with denim shorts, Janhvi sizzles in an LBD (Little Black Dress).

The pictures have set the internet on fire. They came soon after Nysa’s photos with Ahan Shetty, and their friends in London went viral. Orhan shared a bunch of photos on his Instagram. In some of the clicks, Nysa and Janhvi can be seen posing together with their friends, Others show they are getting goofy.

Check out the photos here- 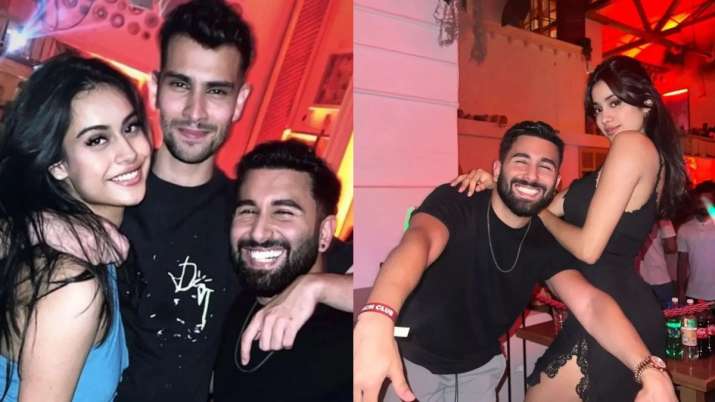 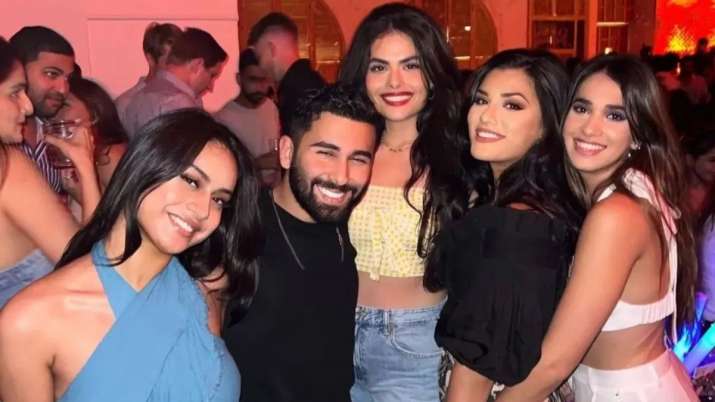 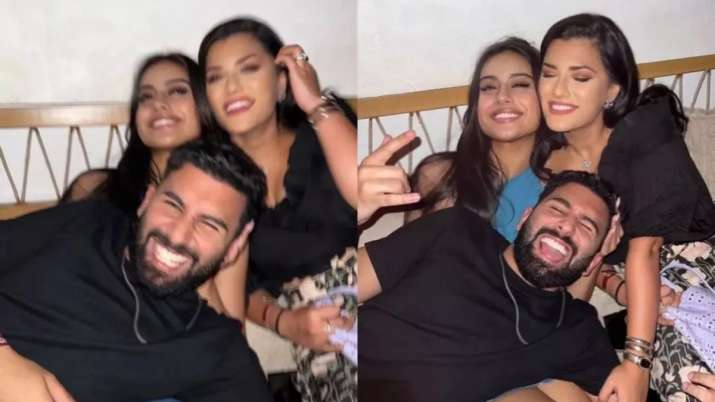 Earlier, photos of Nysa from her Greece trip had surfaced on the internet. She was seen dressed in a white shirt with a knotted bow at the front that she paired with a sexy midi-skirt featuring a thigh-high slit.

While Nysa has not joined or expressed any plans to join Bollywood yet, she has already become a social media sensation. Earlier, in an interview with Bollywood Bubble, actress Kajol opened up about Nysa’s career choices. She said, “As for my children, I think that I will support them in whatever they want to do. Jo bhi karna hai unko as long as khush rahein. As long as they are happy and fulfilled. I think my biggest job as a mother is not to guide them into the film industry but guide them into whatever makes them happy, make them productive members of the society.”

Nysa Devgn loves to party and these fun photos are proof! Check out her sultry & stunning pics here