Miranda Lamberts fans are coming to her defense after internet trolls body shamed the country songstress on TikTok.

It all started earlier this week when a video of Lambert performing her hit song Drunk (And I Don’t Wanna Go Home) appeared on the social media platform.

In the clip, Lambert is seen at one of her recent concerts decked out in blue denim shorts, a black graphic tee and red cowboy boots.

Lambert, 38, can be seen commanding the stage, with her left hand raised in the air as she belted out the catchy chorus.

One fan commented how she appeared to look ‘happy and healthy’ while rocking the house.

That was just one of many supportive comments that were posted in the clip’s comment section after body shaming trolls left comments calling the country singer ‘Miranda HAMbert,’ ‘Mealranda Lambert, and ‘Miranda Lamburger.’

As reported by Page Sixsome of the trolls were even more cruel when it came to commenting about the Lambert’s body, writing things like ‘mix a salad’ and ‘go to the gymnasium.’ 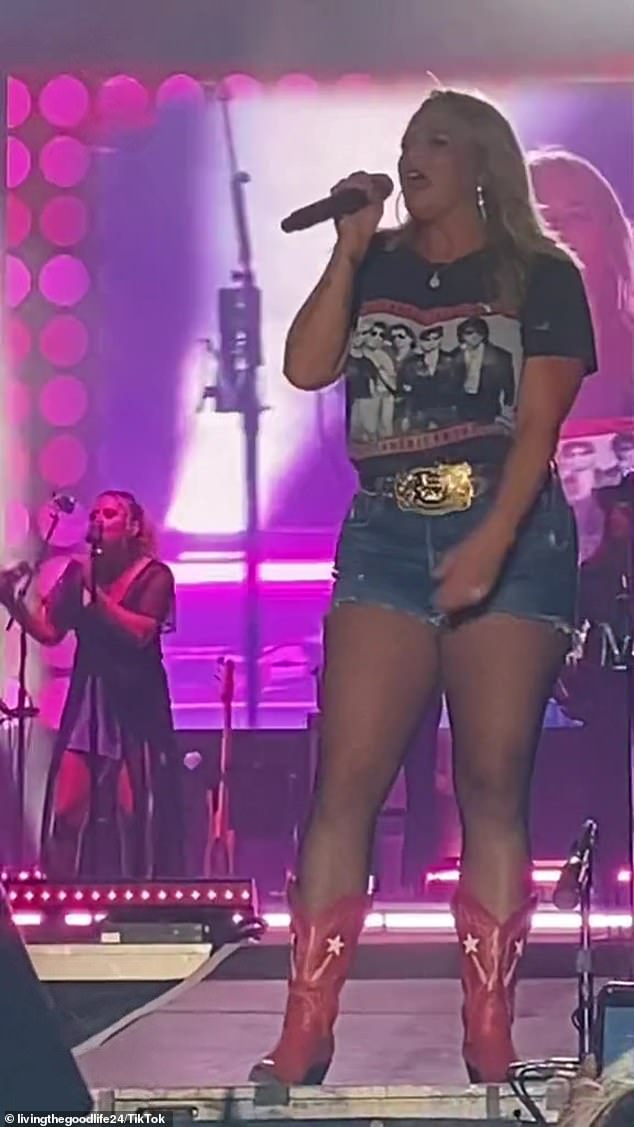 ‘Happy and healthy’: In the clip, Lambert looks to be in all her glory serenading the audience during one of her recent concert’s wearing blue denim shorts, a black t-shirt and cowboy boots

One troll went as far as to post that her ex-husband, Blake Shelton, ‘dodged a bullet’ when the split in 2015, which ended in divorce in July of that year.

Many of her devoted fans and social media followers were quick to take on those body shamers.

Several people pointed out how it was ‘only men commenting about her weight’, while there were others who accused the haters of being jealous of the country music star.

‘Only BOYS commenting on her weight that aren’t even in her league I mean..have you seen her man?! She’s beautiful,’ one person wrote. 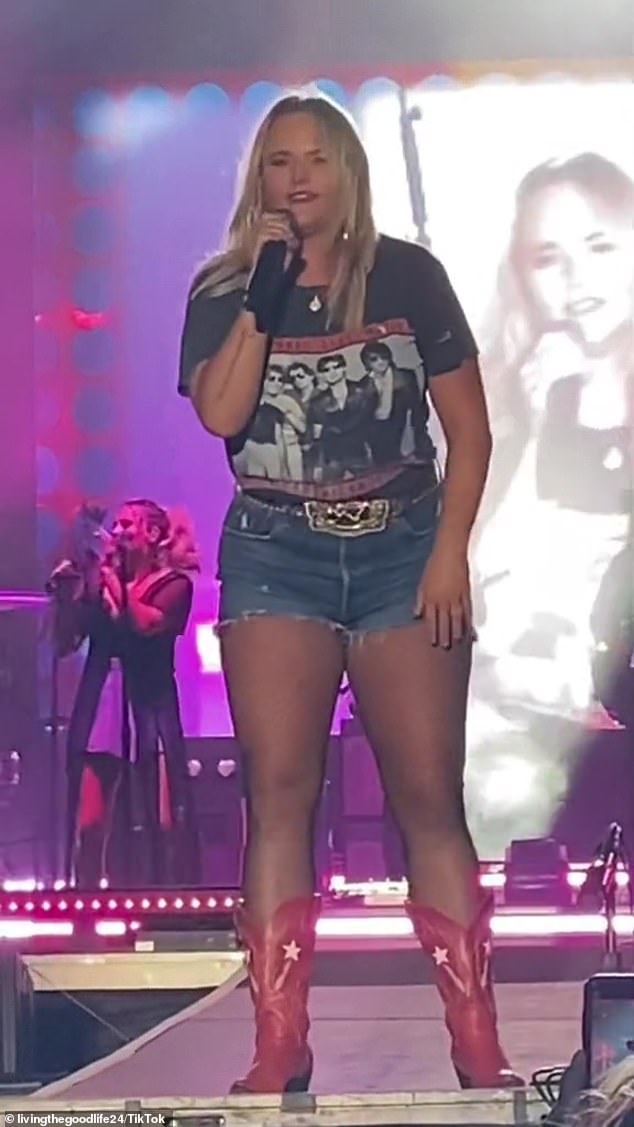 Supportive: Several supporters pointed out how it was ‘only men commenting about her weight’, while there were who accused the haters of being jealous of Lambert 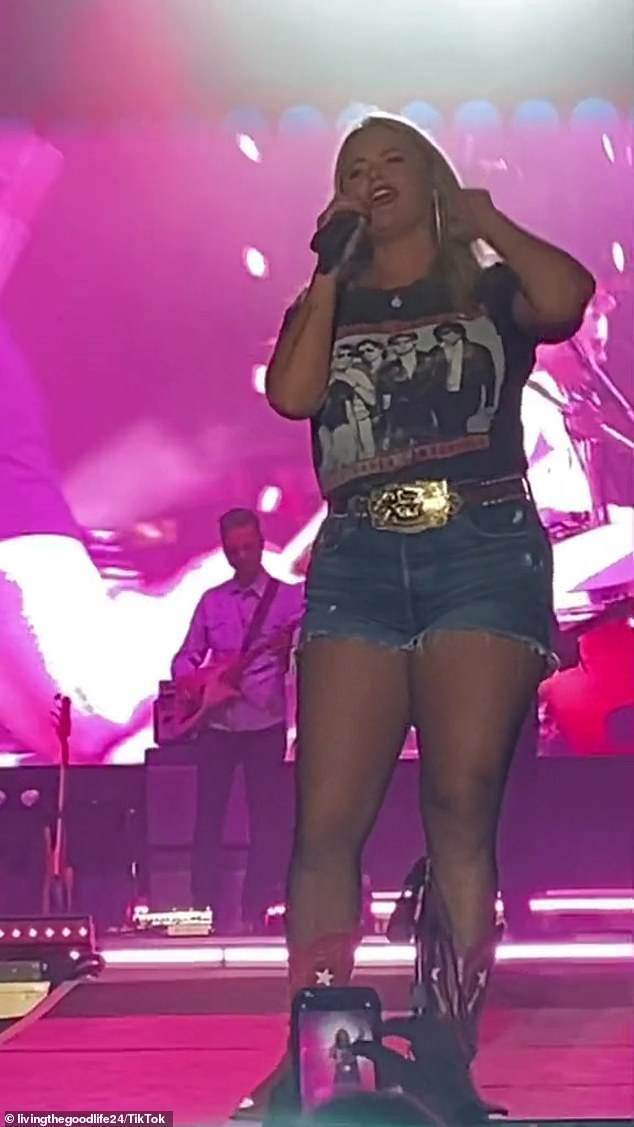 ‘She looks happy and that’s all that matters,’ one fan shared, adding, ‘Weight and looks don’t define you. Your heart and how you treat people does’

‘She looks happy and that’s all that matters,’ someone else shared, adding, ‘Weight and looks don’t define you. Your heart and how you treat people does.’

Many of her fans and supporters shared how they thought she ‘looks healthy’ in the video.

One particular woman agreed with the assessment, while also bringing up how trolls have also targeted other female celebrities, writing, ‘Everyone did this to Jessica Simpson and Britney Spears. Nothing nice to say don’t say it.’

There were other defenders who got more practical and scientific when taking on the body shamers, including one who posted: ‘I know this is a CRAZY concept, but our bodies age, gain weight, we grow gray hairs, get wrinkles, etc! All a part of life.’ 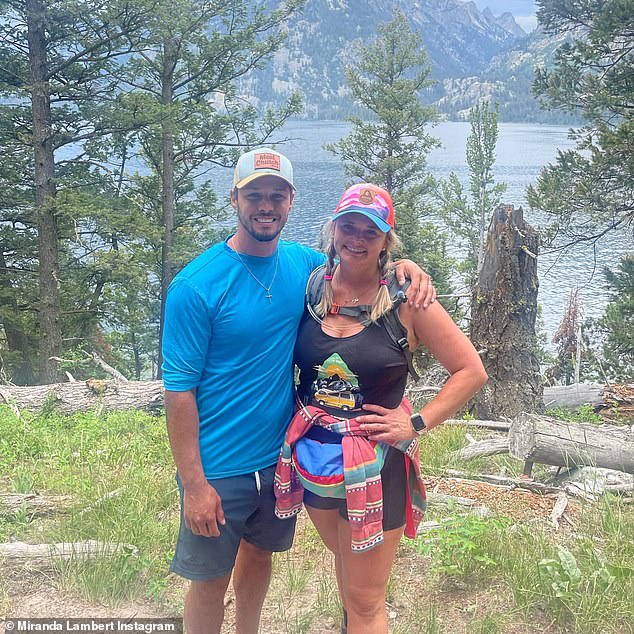 ‘Healthy’: Many of her fans shared how they thought she ‘looks healthy’ in the video; the Texas native is pictured with her husband Brendan McLoughlin, 31 in July 16 Instagram post 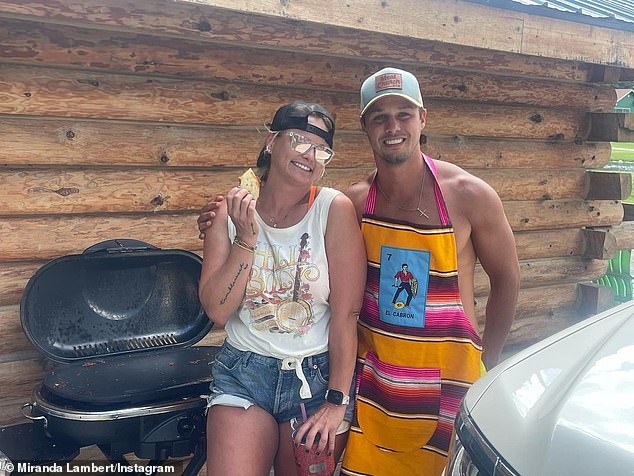 Jealous body shamers: ‘Only BOYS commenting on her weight that aren’t even in her league I mean..have you seen her man?! She’s beautiful,’ one person commented

Lambert would find love again after her divorce from Shelton when she met New York City police officer Brendan McLoughlin, 31, in November 2018.

They would tie-the-knot in a secret wedding just two months later, but waited until Valentine’s Day in 2019 to go public with the news.

The couple often give glimpses into their lives together, which includes while they’re out on tour across the US, by posting videos and photos on their respective social media platforms. 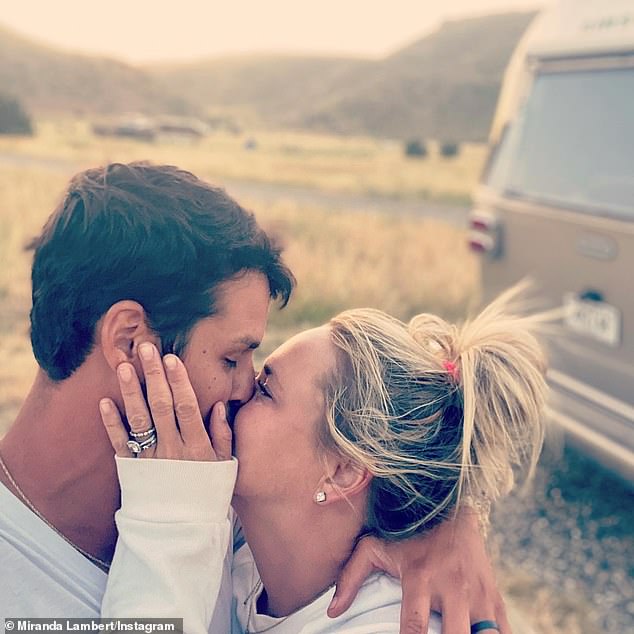 Lovebirds: The couple met in November 2018 and were married just about two months later