Joe Hunting’s documentary “We Met in Virtual Reality” might look like an animated movie, but it was shot entirely in the VRchat platform. Here’s how.

In the opening minutes of “We Met in Virtual Reality,” a bunch of avatars resembling animals and anime characters enter an open world based on “Jurassic Park,” hop into vehicles, and speed around the landscape with glee as a handheld camera tracks their move. Later, that same camera visits house parties, dance classes, and a marriage ceremony.

Anyone who hasn’t strapped on a VR headset might think they were watching a low-budget animated movie with glitchy effects, but “We Met in Virtual Reality” is actually a groundbreaking documentary shot exclusively in VRchat, the popular VR social platform. The feature-length debut of UK-based filmmaker Joe Hunting stems from his experiences roaming VRchat over the course of three years, during which time he befriended many of the communities within. Hunting, who supports himself in part by working as a VR event photographer, has provided the most robust opportunity to experience the nature of a social platform that only VR users can truly grasp.

A far cry from the dystopian headlines about the future of the metaverse, the movie offers a more celebratory look at the potential of forging bonds and finding a sense of purpose in an all-digital space. Hunting’s camera features everyone from deaf characters to lovers from different parts of the world who met and forged their bond entirely in the digital ether. Inspired by documents like “Paris Is Burning” and “Bombay Beach,” Hunting bridges the gap between a new frontier of digital storytelling and traditional cinema while capturing the potential of VR on a personal scale.

“It is a complete other world at this point,” Hunting told IndieWire. “That’s what I wanted to investigate — not what it’s like to arrive as a first-timer, but the community that already exists there.”

I first met Hunting in VRchat as well, ahead of the movie’s Sundance premiere in January. In avatar form, we stood under a large tree in a vast orange meadow surrounded by distant mountains as Hunting’s own virtual cameras recorded the conversation.

“We Met in Virtual Reality” director Joe Hunting, left, in VRchat with the author of this article in avatar form.

VRChat, which as has been around since 2014, is one of several major social platforms accessible by consumer-grade headsets (and in 2D mode via computer). However, while Microsoft’s Altspace has hosted thousands of users for events like Virtual Burning Man and Meta is investing major resources in growing Facebook Horizons, VRChat remains the most robust option for large-scale design work and maintains the largest user base. Hunting first tried it out in 2018 after reading an article about how some users dealt with mental health problems by socializing on the platform. “My curiosity about it exploded,” he said. “I wanted to tell more stories not just about VR but how people use this space as a separate world from our world to find joy in their lives.”

To make the movie, he used both a native camera that exists in VRchat and a more advanced third-party one called VRCLens developed by a Japanese VRChat user who goes by the name Hirabiki. Though it costs less than $10 online, the virtual camera simulates a wide array of real-world effects that enabled Hunting to bring a genuine cinematic touch to his filmmaking process.

“It allows much greater control and behaves more like a physical cinema camera,” Hunting said. “The essential reason I operated with this camera was to fly my lens as a drone, see peaking and zebra displays, and have more accuracy over my focal length and aperture. Those tools fundamentally gave me more immersion in the filmmaking process.” Hunting mainly used focal lenses within the 20mm to 50mm range, resulting in an intimate feel that often has the familiar quality of cinema verité despite the unusual setting. There are even a few striking moments when Hunting racks focus to capture characters located far apart from each other. “The recipe for success was using focus peaking on my camera display to give me accuracy on where my line of focus was,” he said. “I had two monitors, one clean feed and another littered in guidelines, like actual cinematography processes.” 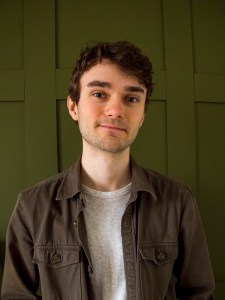 The only real practical barrier to his approach was that he couldn’t shoot with multiple cameras at the same time while using a headset tethered to a single computer. “I would block out the cinematography of a scene and move between each position with the conversation or action,” he said. “I was constantly shooting with the edit in mind.”

Social platforms in VR can be overwhelming to newcomers in part because they can feel awfully busy at first. Rooms filled with avatars mean that snippets of conversations can seep into one person’s audio (just like, you know, real life). For documentary purposes, this created additional recording hurdles. “There isn’t a precise way to mic someone in VRChat specifically,” Hunting said. “It was important to me that we recorded the dialogue of the subjects through their own audience headsets to immerses in an authentic experience of VRChat, and to embrace the spatial tones in each of their voices. All the dialogue is recorded in real time using OBS, and when background noises occurred, I could typically do a retake in the moment or fix in post.”

Hunting found many of his subjects organically by wandering public worlds on VRChat, though with time he was invited to Discord servers that allowed him to become more entrenched in specific communities, eight of which are shown in the movie. “I essentially lived in VR for a year,” he said. “I filmed almost every day. When I wasn’t doing interviews I was out of location scouting or just getting to know different communities. It was a complete journey of exploration.”

Hunting was in touch with VRchat administrators for the project, but the platform allows creators to retain ownership of their avatars as well as the worlds they built, which meant that the documentary didn’t need any official approval from the company itself. “The film is not associated with VRChat in any way,” Hunting said. “Our relationship is simply mutual respect and understanding.”

In true documentary form, he had all his subjects sign release forms that included both their real names (though none are mentioned in the movie) and VRChat usernames. “I took the same care and honesty that any documentarian would,” Hunting said. “It was really valuable to me to make someone aware that they were being filmed for a documentary and the full breadth of the context they were in and not just exploit someone because they were using anonymity.” 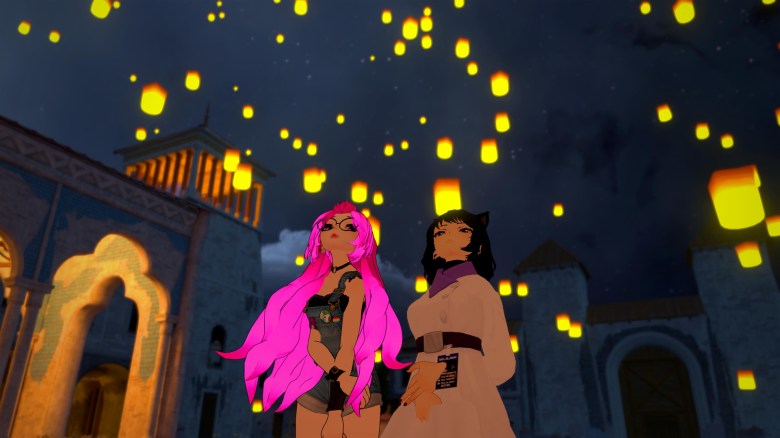 “We Met in Virtual Reality”

Over the course of the movie, subjects share experiences they’ve had with depression, anxiety, and loneliness, some of which are specific to the pandemic. “We are talking about real traumas in the film so it was important to treat that carefully,” Hunting said. “The film is about the truth of their experiences in VR.”

In the wake of the positive reception for the movie, Hunting is doubling down on the potential of filmmaking in VRChat with plans for additional features and series in the works. “I think there is going to be a boom of VR filmmaking to come,” he said. “I really want the documentary to educate people on the positive impact of VR. It gives you a tangible space in this gorgeous environment, and it allows you to feel present. Presence was a big inspiration for making the film.”

“We Met in Virtual Reality” is now streaming on HBO Max.

Sign Up: Stay on top of the latest breaking film and TV news! Sign up for our Email Newsletters here.