Today the US Patent and Trademark Office officially granted Apple a patent that relates to their ‘Digital Crown’ possibly being a part of a future AR/VR or MR headset from Apple. It may also eventually extend to smartglasses and visors. The crown may be able to control a number of unique functions like assisting a user to zoom in on an image, control volume, display brightness and more.

The crown module can further include a feedback system that provides localized haptic feedback at the crown. The haptic feedback can be effectively perceived by the user at the crown without causing the entire head-mountable device to vibrate against the head and/or face of the user.

Rotation can be performed to scroll through a list or other set of items visually displayed by the head-mountable device.

Additionally, or alternatively, different types of feedback can be provided in this way for other actions, such as zooming in on or out from an image, changing volume settings, changing display brightness, and the like.

Apple’s patent FIG. 8 below illustrates a block diagram of a head-mountable device with the Crown Sensor at #272/350. 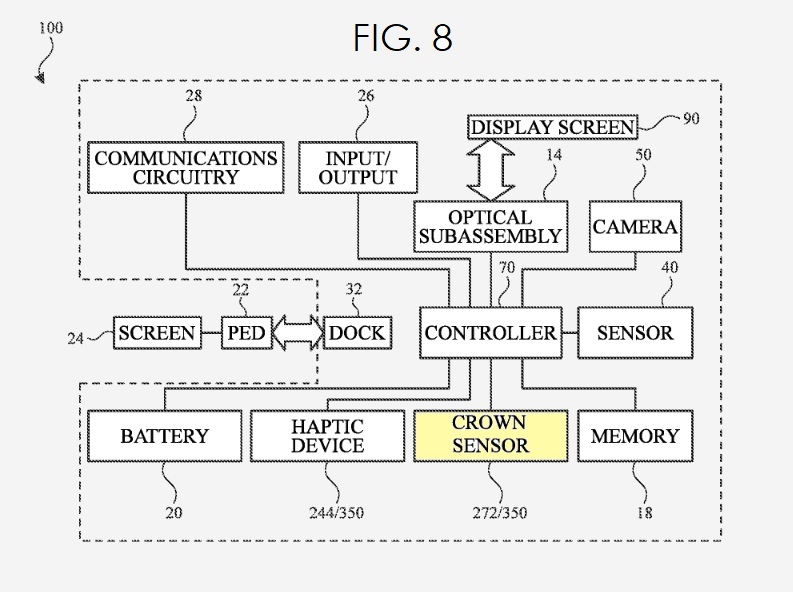