The 24th Bucheon International Animation Festival (BIAF2022) has announced five selected films for its VR category. While the number of films is reduced from last year’s 11 picks, the overall selection promises to be even more colorful, showcasing strong contenders from around the world vying for the Best VR Jury Prize at the South Korean gathering.

From the Main Square
Pedro Harres (Germany/Brazil)
Encircling a central square, a new town emerges in all its diversity. A crossroad of stories, buildings, hopes and conflicts. Social ties and cultures take root. People nurture sympathy and care for their equals, but also animosity towards those who are different.

Thank You for Sharing Your World
Yu Sakudo (Japan)
Takashi lost his eyesight in grade school. Though he can recreate the world in his mind, he is losing interest with fewer things to enjoy. One day, his friend Shinji, who is autistic, invites Takashi to a steam locomotive ceremony…

Thank You for Sharing Your World

Midnight Story
Antonin Niclass (UK/Switzerland/France)
An old lady is waiting for the last coach in a sad station. Looking for distraction, she starts observing the lonely travellers. Suddenly, the pigeons manage to create a connection between them all.

Reimagined Volume I: Nyssa
Julie Cavaliere (US)
This woman-led, -directed and -produced anthology series will take the viewer into a new kind of storybook by showcasing lesser-known fables, myths and folklore in a gender-inclusive experience. 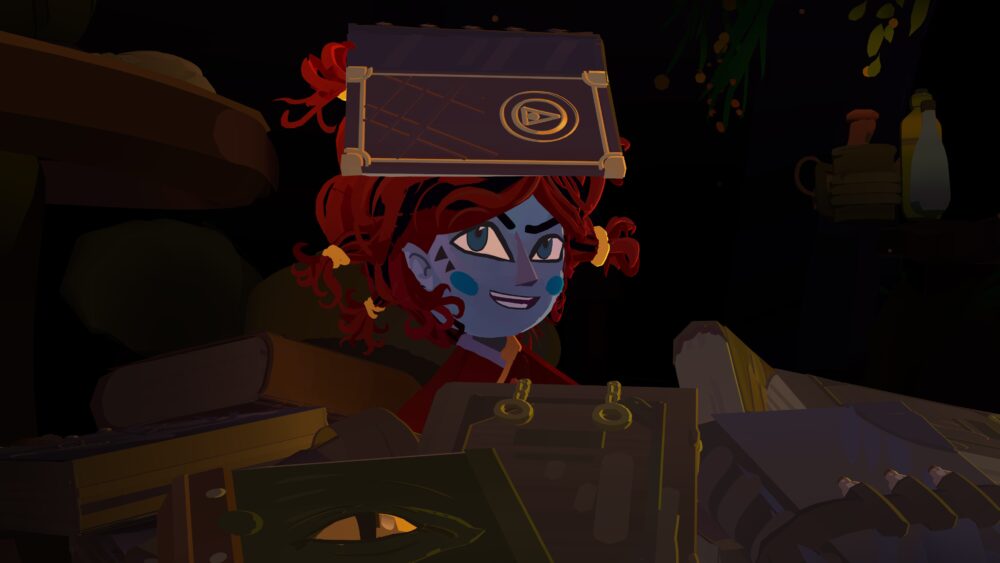 Diagnosia
Mengtai Zhang (US/China)
Diagnosia portrays the director’s memories of being incarcerated in a military-operated Internet addiction camp in Beijing in 2007.

BIAF is the first Korean film festival to add a VR category to its international competition. Previous winners include the high-profile projects Age of Sail in 2019 (also nominated for the Best Animated Short Academy Award), Production I.G’s Ghost in the Shell experience in 2020 and The Hangman at Home by Michelle and Uri Kranot in 2021.